To order the book, click on one the pictures

From the original jacket for the British edition:

As a child, Brian Ford watched beautiful iridescent organismsunder the eye of his microscope and found these microbesinfinitely more satisfying than the predictable antics of moretraditional pets. Later, as his training, experience andknowledge began to stretch beyond the established limits ofresearch, he began to appreciate that it wasn't just the public,but among some fellow scientists that there lay real ignorance ofwhat microbes are all about.

Since Pasteur proclaimed his germ theory, all microbes havebeen regarded with suspicion. Not that Pasteur was wrong, butscience may have been misguided in allowing its attention toconcentrate so fully on only a tiny, rather nasty percentage ofthe microbe population. The vast majority are health- promoting,energy-supplying organisms vital to our very existence.

Is it possible that these positive little microbes can beharnessed? Could we have at our command armies of infinitevariety available to benefit society? Instead of imperilling ourfuture through further waste, could not the microbe help usenhance our way of life?

Food - could microbes feed the starving?

Health - ought we to reverse some of our mostdeep-rooted ideas about disease?

Ecology - we are told that the 'balance of nature' isat risk - wouId research into the little-known role of microbesalter and extend our understanding? What are these tiny organismswhich we have distrusted for so long? Can we afford to ignorethem any longer?

This book, written by a scientist who believes whole heartedlythat science is not just for the scientists but for every man,woman and child, does not set out to answer all the myriad newquestions that arise. But there is no doubt that Brian Ford isexceptionally well qualified to propose that it is time werevised our ideas of what the microbe universe is all about. 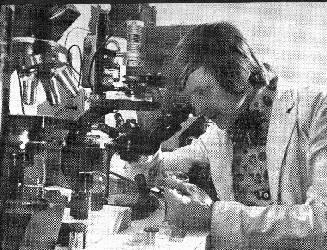 "Brian J. Ford believes that mostscientific research can be
easily understood: His series is an example of the bestkind"
New Scientist

"... a research scientist who, ontelevision, has so notably
shown himself to be one of the rare masters of the art of
getting the message across"
Medical News

"Ford is a strange mixture of thescientist, the journalist, the
broadcaster and the academic... a phenomenon"
Western mail

Move to the 'Microbe Power'