From the rear cover:

In July 1981, Sir Robin Day interviewed Brian J. Ford about his discovery of the oldest specimens in the history of the microscope. Details appeared next day in New SCIENTIST and NATURE and were widely reported in the USA and abroad. Later that year Ford marked the 150th anniversary of the naming of the cell nucleus by recreating the original experiments at an Extraordinary General Meeting organised by the Linnean Society at Burlington House, London. He showed to a crowded lecture theatre of distinguished scientists how a range of instruments thought to be ‘dissecting microscopes’ were capable of high magnifications, matching modern microscopes. Standard textbooks state that no early specimens have survived, that they would have been of poor quality, and that the images produced by early simple microscopes were distorted and indistinct. In each case Ford has disproved their traditional view. His research has involved many institutes throughout Europe, and the cooperation of leading scientists in Britain, Europe and the USA. The specialist findings which have won several awards have been published in the major science journals and many textbooks are currently being revised to incorporate these important discoveries, the story of which is told in full for the first time.

From the front flap:

The textbooks of science are being rewritten following the extraordinary disclosures described in this book. It has long been taught that no specimens survive from the early days of the microscope, but Brian J. Ford found nine specimen packets prepared three centuries ago by the ‘father of the microscope’ Antony van Leeuwenhoek, at a time when the foundations of modem biology were being laid. His research has revealed how the specimens were prepared and how the first sections were cut. He has identified the species Leeuwenhoek examined and even found some of the great man’s cells adherent to the sections. He then recreated the pioneering experiments which gave us such fundamental concepts as the ‘cell nucleus’ and showed that many neglected early microscopes - formerly described as ‘low-power dissecting instruments’ - were actually capable of generating images of the highest quality. His story outlines a prolific and intense programme of research carried out in several countries. It is a vivid first-hand account of scientific investigation which brings alive the origins of the modern era of biology. Cover: The microscope at the Linnean Society with which Brown named the nucleus in 1831 during studies of orchids. Cells in the background are of Allium shown in dark-ground illumination using medium power lens of Brown’s microscope with rounded nuclei clearly visible. Photographs by the Author

From the rear flap: 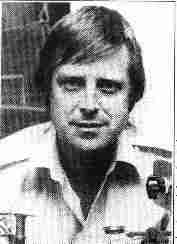 Brian J. Ford is an authority on the microscope, a biologist, and is also well-known as an author, lecturer and broadcaster on science. He read biology as an undergraduate at the University College Cardiff, where he is now visiting research scientist in the Department of Zoology and a Member of the Court of Governors. He is a Member of the Institute of Biology, a Fellow of the Linnean Society, the Royal Microscopical Society, and of many other specialist organisations. His papers have been published in many scientific journals world-wide (including NEW SCIENTIST, NATURE and the BRITISH MEDICAL JOURNAL). He has also contributed to THE TIMES, ILLUSTRATED LONDON NEWS, and GUARDIAN, and broadcast on radio and television for nearly 25 years. His textbooks include MICROBIOLOGY AND FOOD, THE REVEALING LENS, and OPTICAL MICROSCOPE MANUAL, and among his general books are MICROBE POWER, THE EARTH WATCHERS, and his influential CULT OF THE EXPERT.

Move to the SINGLE LENS bookreviews page,
to THE REVEALING LENS site,
or the main 'BOOKS' index